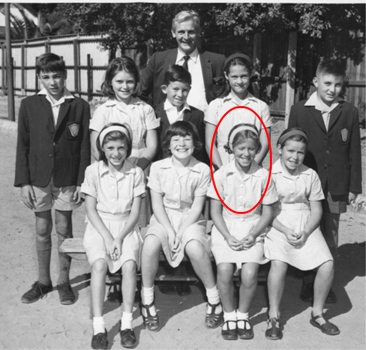 I started in 1961 when the school was still in Rondebosch. Apparently I was the first registered pupil of the school!

I loved school, and all my teachers including my Class teacher, Ernst Wegerif, and I also had inspiring and creative upper school   teachers, from SA, England, Holland and Germany.

I was ill in Class 10, so left to complete my Matric at the Technical College majoring in Art. After studying to be a nursery school teacher, I realised my future lay in Steiner Waldorf education, so did my Kindergarten teacher training with Janine Hurner (who was working in the Kindergarten together with my mother, Estelle Bryer, and others at the time).  I finished my practicum in England, as well as further study at Emerson College.  Returning to Cape Town, I became a Kindergarten teacher at CWS, and finally left in 1976 for the UK.

To begin with my work was varied, mostly in marketing and product development for a large toy company, and while doing so continued getting British qualifications in Nursery teaching, and another Steiner Kindergarten training.  After starting the Cambridge Steiner Kindergarten (now a school), and teaching there for a number of years, began working for the Steiner Waldorf Schools Fellowship (UK membership organisation) with an overview of early childhood,  (birth – 7).  I spent time advising new initiatives and dealing with day to day running of Steiner early childhood centres here in the UK.

I still work for the SWSF organisation full time, but am also a Board and Council member of the International Kindergarten Association (www.iaswece.org), travelling the world to meetings and running workshops and lecturing at international conferences.  The work of IASWECE supports initiatives and teacher training such as the work in South Africa (including the CCE in Cape Town). I also write books,  lecture, run conferences, and publish and edit KINDLING (Journal for Steiner Waldorf Early Childhood).  I helped start the government recognised Steiner Early Childhood Training course, at which I also teach.

Where do I start! My family – a supportive husband, two daughters and two stepsons, and a beloved grandchild.  I LOVE PUPPETRY (something I inherited from my mother) and it has helped ground me, continuing my work with children. When I retire, I will do this full time (when not looking after grandchildren).

I managed to gain exemptions for Steiner early childhood settings & schools from the statutory curriculum in England, so that they can practice without compromise – negotiating with different governments has had its challenges! 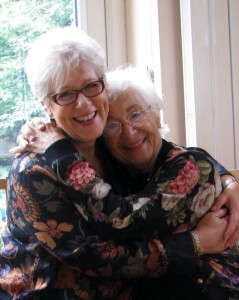 lf of an extended childhood, both through UK based working groups and also in Europe.  Working in this way, with comparative educational streams, is enlightening, and it is fascinating to see how many (not only Steiner) see the challenges for children today, from  IT and media, government guidelines, a risk averse society and top down pressure for earlier formal education. Children today need all the help they can get, particularly here in the UK.

The most important thing of all is gratitude, for growing up with and surrounded by anthroposophical knowledge, ideas, ideals – and to have positivity and courage for the truth, given to me by both my education and my mother!

Copyright Constantia Waldorf School 2021 - All Rights Reserved
Back To Top
×